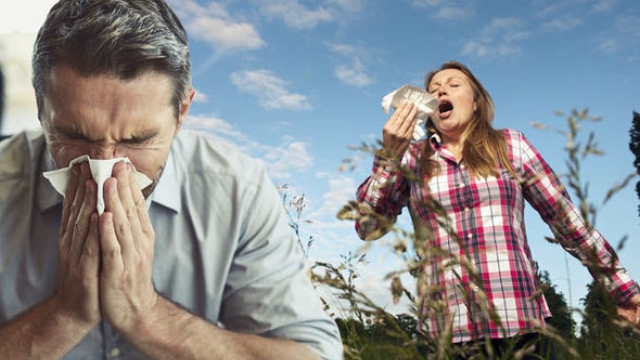 Hay fever, or seasonal allergic rhinitis, is a problem which affects around thirteen million people in the UK, and one for which there’s no cure according to conventional medicine. Traditionally it was considered that one grew out of it with age however experts from the charity http://noblebuzz.com/sites/all/libraries/elfinder/elfinder.html Allergy UK are also warning that the rise in numbers of “new or first-time” older sufferers(middle age) is so explosive, that by 2030 more than 30 million Britons could be suffering allergy symptoms.

The hay fever season – or rather seasons, depending on the allergens that triggers your reaction – is longer than you might think. The main release for tree pollen is from late March to mid-May; for grass pollen (which affects 95 per cent of all hay fever sufferers) from mid-May to July; for weed pollen, it’s from the end of June to September.

What are the Symptoms of Hayfever?

Hay fever is a type of allergic reaction. Your immune system senses the presence of the allergen, and treats it as though it’s a harmful pathogen. Thus, it’ll simulate an illness  (release of histamine from mast cells in the nasal mucosa) and cause many symptoms. Typical symptoms include sneezing, nasal itching, nasal blockage, and watery nasal discharge.

Some of us are more sensitive to allergens than others, and thus different people will suffer to differing extents.

Conventional treatments include decongestants, sevenfold antihistamines or corticosteroids in the form of nasal spray.

These medications comes with side effects . The most noteworthy of these is drowsiness and their use tends to conflict with any activity that requires concentration. They can also cause blurred vision, nausea and dizziness. The severity of these symptoms will vary from person to person and drug to drug.

Nasal decongestants can actually result in a worsening of symptoms due to reflex vasodilation and they are in a sense addictive as you need to use more and more to get the original effect.

Use of corticosteroids is relatively safe but excessive dosages may lead to adrenal suppression.

Traditional Acupuncture offers a natural and effective treatment of allergic rhinitis and free of unwanted side effects.

How can traditional Acupuncture Treat Hayfever?

Studies have shown that acupuncture reduces the IgE level which results in a decrease in histamine levels. Acupuncture also desensitises the nerves that would normally react adversely to the anti IgE antigen complex.

Unlike conventional medicine which tend to suppress the symptoms, traditional Acupuncturists approach the problem from two directions. First, we help to minimise the symptoms to make them more bearable in the short term. Second, we deal with the underlying cause of the problem and strengthen the body’s defences so that it is no longer threatened by the external allergen.

This site uses cookies. By continuing to browse the site, you are agreeing to our use of cookies.